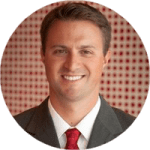 Drew began his real estate career working for a boutique investment banking firm in St. Paul, MN which specialized in the syndication of public and private limited partnership real estate funds focusing on net-leased single-tenant properties.  For four years, Drew worked on both asset acquisition and disposition where he began learning the underpinnings of real estate valuation and the purchasing and sale processes.

During the housing downturn of 2008-2010 Drew observed that while interest rates continued to fall, the prices of single-family homes continued to decline while rental rates were growing.  He began his first commercial banking relationship with a local firm and began acquiring single family homes in his hometown of Maplewood, Minnesota.

As the single-family home stabilized and then rebounded, Drew was able to leverage his existing portfolio to begin his career into multifamily properties.  Starting in 2015, Drew began purchasing by purchasing a 4-plex, a tri-plex, then shortly thereafter, a 32-unit apartment building.  This steady stream of acquisitions allowed Drew to develop additional banking relationships across the Minneapolis/St. Paul metro area and grow his network of real estate professionals.

Through 2016 and 2017 Drew continued expanding his portfolio and began expanding into other markets.  Drew and his business partner were able to acquire multiple duplexes in the greater Seattle area all cash and then immediately refinance with a local bank at 70% of the appraised price (not purchase price).  This strategy allowed him to get into multiple properties with zero equity and he continues to hold these assets and enjoy the recent appreciation northwestern coastal areas.

In 2017 Drew purchased several multifamily properties using several strategies: He was able to secure the purchase of an OREO property by leveraging his good standing with a local bank.  Drew brought on a trusted property management firm to stabilize the property and provide some much-needed deferred maintenance.

With these 1031 funds, Drew and his business partner entered a new market – Memphis, TN.  They were able to acquire a 68-unit building in early 2018 and have continued to work closely with a trusted property manager to improve the tenant base and make additional capital investments to improve the quality.  Drew continues to expand his network with the Memphis market and has spent the back half of 2018 negotiating and analyzing additional acquisition opportunities.

Drew has developed a large partner network which has been able to acquire larger assets in the Twin Cities in the 50-200 unit range.  Most notably, Drew was one of 4 Key Principles on a 171-unit property in Brooklyn Park, MN and was able to raise capital from his personal investment network.

In early 2018 Drew left his corporate job in downtown Minneapolis to focus on his real estate career.  In September of the same year, Drew began a new career as a Professor of Finance at Bethel University, his alma mater in St. Paul, Minnesota.  He lives with his wife and four children in Mahtomedi, MN.

If you’d like to explore mentoring with Drew, please click the button below to schedule a free strategy session.