MB 078: Never Give Up to Quit Your Job with Real Estate – With Joseph Gozlan 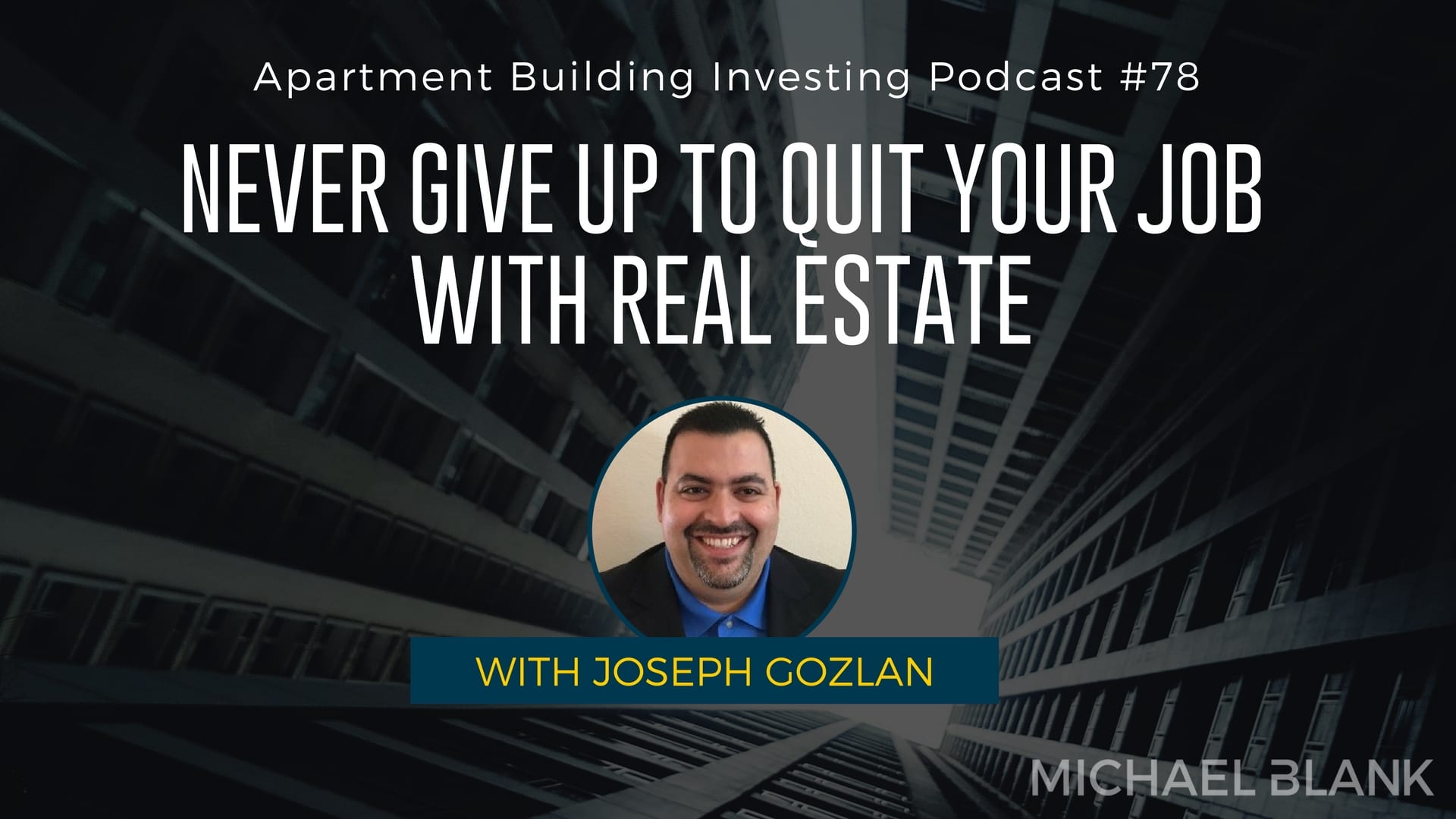 Joseph Gozlan’s story defines the word GRIT. Once he decided that multi-family was the route he wanted to take, Joseph continued to drive through every challenge, getting creative and doing whatever it took to secure his first deal despite the roadblocks and frustrations. Three years later, he is the proud owner of two apartment buildings, and he has five properties in the pipeline. Joseph’s living expenses are covered, and he is considering a transition into full-time real estate in the very near future.

Joseph got his start in real estate back in 2005 when he and his new wife realized that their new five-bedroom home was too big for just the two of them, so they chose to stay in an apartment and rent the property. Two years later, they moved to the United States from Israel and recognized the opportunity provided by the market collapse. The Gozlans secured their real estate licenses and began actively hunting for deals, purchasing a duplex and several single-family homes.

In 2015, Joseph realized there was much more value in apartments than could be gained in scaling single-family homes, and he started extensive research into multi-family investment. Unfortunately, Joseph faced a number of hurdles along the way, and it took a full two years to secure his first 22-unit apartment complex. When many would-be multi-family investors would have given up, Joseph persevered, and today he shares his long road to successful apartment building investing with us. Listen in and get inspired as Joseph discusses why he chose real estate in the first place, the circumstances around his shift to multi-family, and how he has maintained his full-time job in IT while developing a lucrative real estate portfolio.

[4:34] Why Joseph chose real estate in the first place

[7:22] The circumstances around Joseph’s shift to multi-family

[16:53] How Joseph secured a second deal within six months

[24:33] How Joseph stuck with the multi-family plan despite his initial frustration

[26:30] The snowball effect of multi-family deals

[30:08] What Joseph would tell his younger self

Rich Dad, Poor Dad: What the Rich Teach Their Kids About Money That the Poor and Middle Class Do Not! by Robert T. Kiyosaki