MB 101: Living the ‘Sunsets and Palm Trees’ Lifestyle with Multifamily – With Corey Peterson 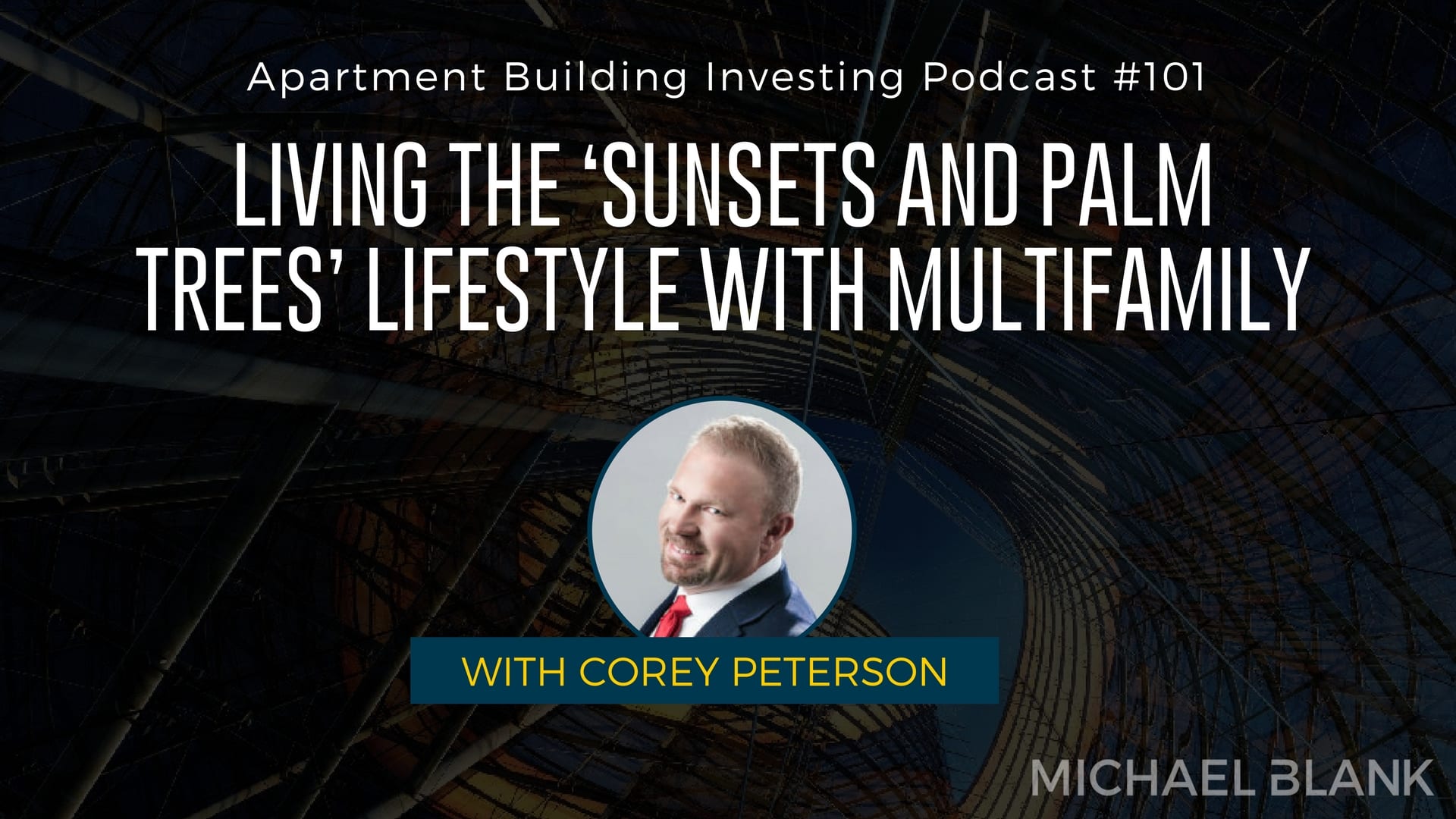 Would you like to save ten years or so and get right to the financial freedom part of real estate investing? Corey Peterson is finally living what he calls the ‘Sunsets and Palm Trees’ lifestyle, but his path was not an easy one. Like many a real estate investor before him, Corey got into the fix and flip business, and while he looked successful on the outside, he was a wreck on the inside. Running rehabs was running him ragged, and he was spending his Saturdays with contractors—instead of his family. Corey knew he had to do something differently, and that’s when he made the transition from single- to multifamily real estate.

Today, Corey is the owner of Kahuna Investments, a multifamily firm that provides its investors with stable cashflow and long-term capital appreciation. Since 2011, Corey has been involved in the ownership and management of commercial properties worth a total of $31M, and he is a sought-after speaker in the multifamily investing space. Corey is the also the host of the Multi-Family Legacy Podcast, and he has been featured on FOX, CBS, ABC and NBC affiliates.

Corey joins me to share his story, explaining how ‘Bruce Wayne’ introduced him to real estate and how being fired from his job as a financial advisor inspired his commitment to full-time investing. He walks us through the ‘hustle and grind’ of his years in the fix and flip business, describing the Saturday he missed his son’s game and how that feeling of failure motivated Corey’s transition to multifamily. He addresses how he developed a talent for raising private money and how that translated to a partnership and his first multifamily deal. Listen in for Corey’s advice around skipping the single-family step and shaving ten years off your journey to financial freedom!

Why Corey got caught in the fix and flip trap

How Corey made the commitment to full-time real estate

Why Corey encourages investors to do multifamily

Corey’s insight on mentoring and partnerships

What Corey’s excited about