MB 160: What’s Spirituality Got to Do with Real Estate Investing? – With Robert Kiyosaki 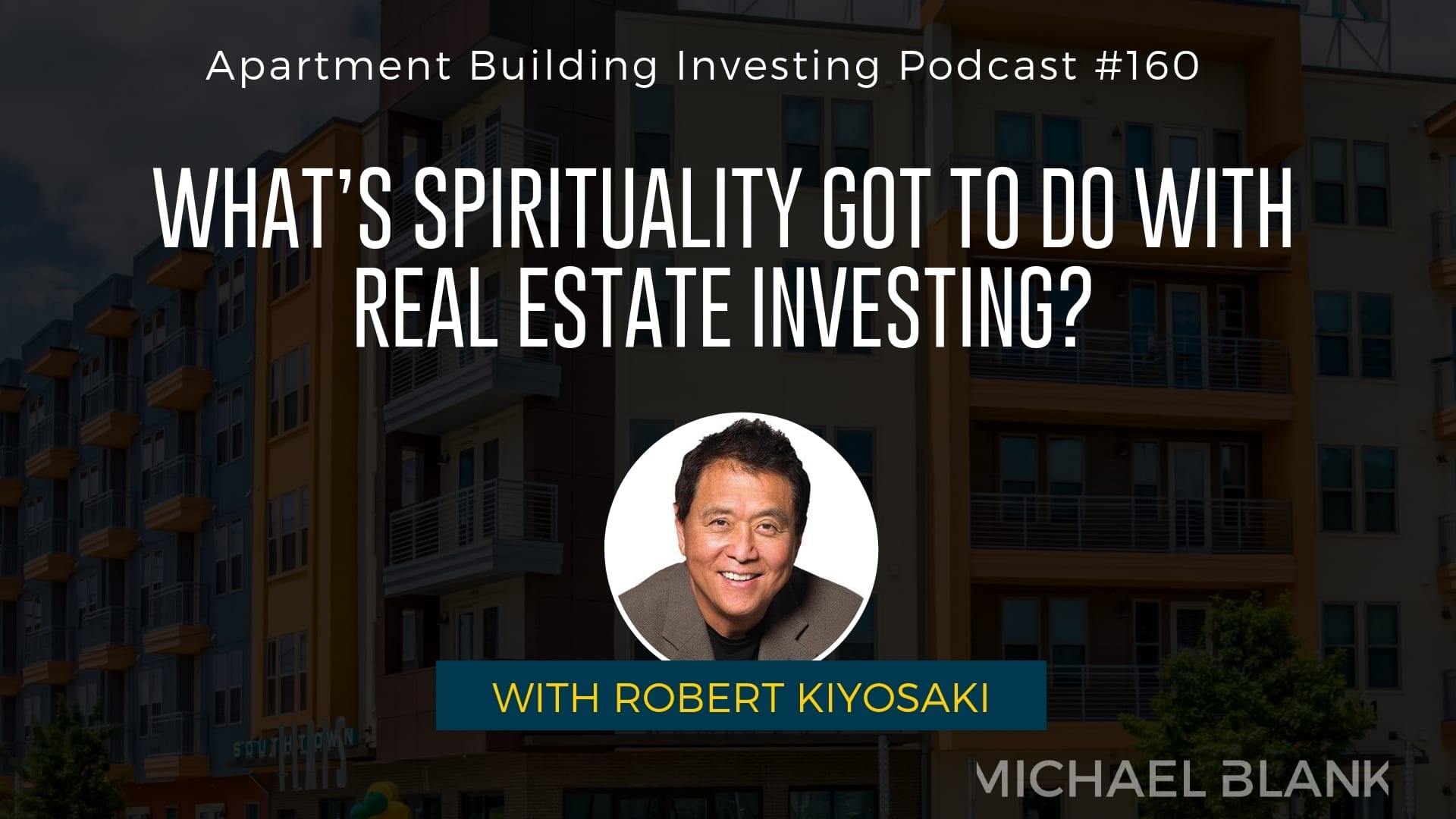 Three years ago, I met the legend Robert Kiyosaki on The Real Estate Guys Summit at Sea. Of course, I knew him from his bestselling books about investing and personal finance, so I was taken aback by the spiritual language he used in his presentation. When I asked him about it, Robert said, “Of course. I’m a Marine.” Why does Robert credit the military for his spiritual discipline? And how has spirituality become a priority in his life and work?

Robert Kiyosaki is an entrepreneur, investor, educator and bestselling author of the #1 finance book of all time, Rich Dad Poor Dad: What the Rich Teach Their Kids About Money That the Poor and Middle Class Do Not. His perspectives around money and investing run contrary to conventional wisdom, earning Robert a reputation for straight talk as a passionate advocate for financial education. A prolific writer, Robert’s latest release is called FAKE: Fake Money, Fake Teachers, Fake Assets: How Lies Are Making the Poor and Middle Class Poorer.

For this episode of the Apartment Building Investing podcast, I had the honor and privilege of interviewing Robert in person. But instead of talking about finance, he talks about pursuing a calling and doing what God wants.

This may be the most unusual interview you’ve ever heard of the legend.

Listen or watch as Robert Kiyosaki explains how he learned spiritual discipline in the Marine Corps and contrast that with the business world where the only mission seems to be money. He discusses the importance of spirituality in his life and work, describing his calling to teach financial literacy where the corrupt education system has failed. We also talk about Robert’s new book “FAKE” so you can learn to identify fake assets, fake educators and fake currency.

You can also watch the video recording of the interview here.

How Robert learned spiritual discipline in the US Marine Corps

Why spirituality is important to Robert

Rich Dad Poor Dad: What the Rich Teach Their Kids About Money That the Poor and Middle Class Do Not by Robert T. Kiyosaki