MB 074: How I Did My First (69-Unit) Deal Without Experience or My Own Money – With Patrick Duffy 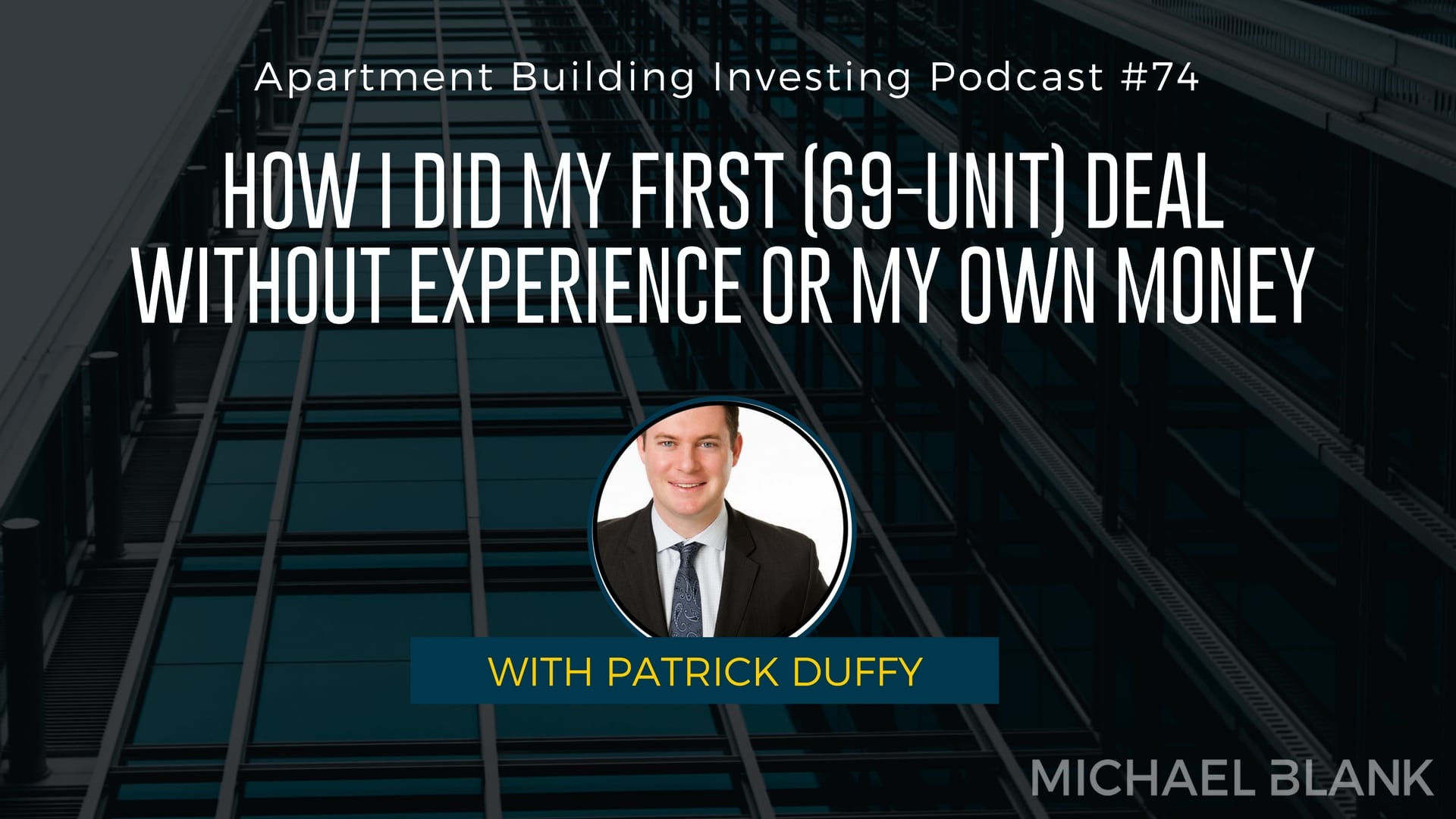 How is it possible that a 27-year old with no experience or capital can close his first deal, a 69-unit apartment building?

Patrick Duffy grew up in Southern California before heading east for college. After graduating from Harvard in 2013, he returned to SoCal to work as a residential loan analyst. Before long, Patrick was unhappy at his job, and he started to look for a way to replace his income with real estate. After considering single family rentals, he decided that multifamily was the fastest way to achieve his goal.

But he had two problems: he didn't have any experience or the capital for apartments. That's when he discovered Michael's partnering program, which would raise all of the capital if the deal met his criteria. This gave him the belief to swing for the fences, and he took action, eventually locating this 69-unit property in Memphis.

In this episode, Patrick describes how he found the deal, and how he partnered with Michael to close on his very first deal – only 6 months after deciding to pursue apartment building investing. That first deal has changed the game for Patrick and today he is confident he'll reach 1,000 units in the next 12 months.

[3:30] How Patrick landed on the partnering strategy to finance multi-family

[6:04] How Patrick found the Memphis deal

[9:23] Why Patrick continued to move forward