MB 080: Nighthawk Equity: You Find the Deal, We Do The Rest – With Mark Kenney 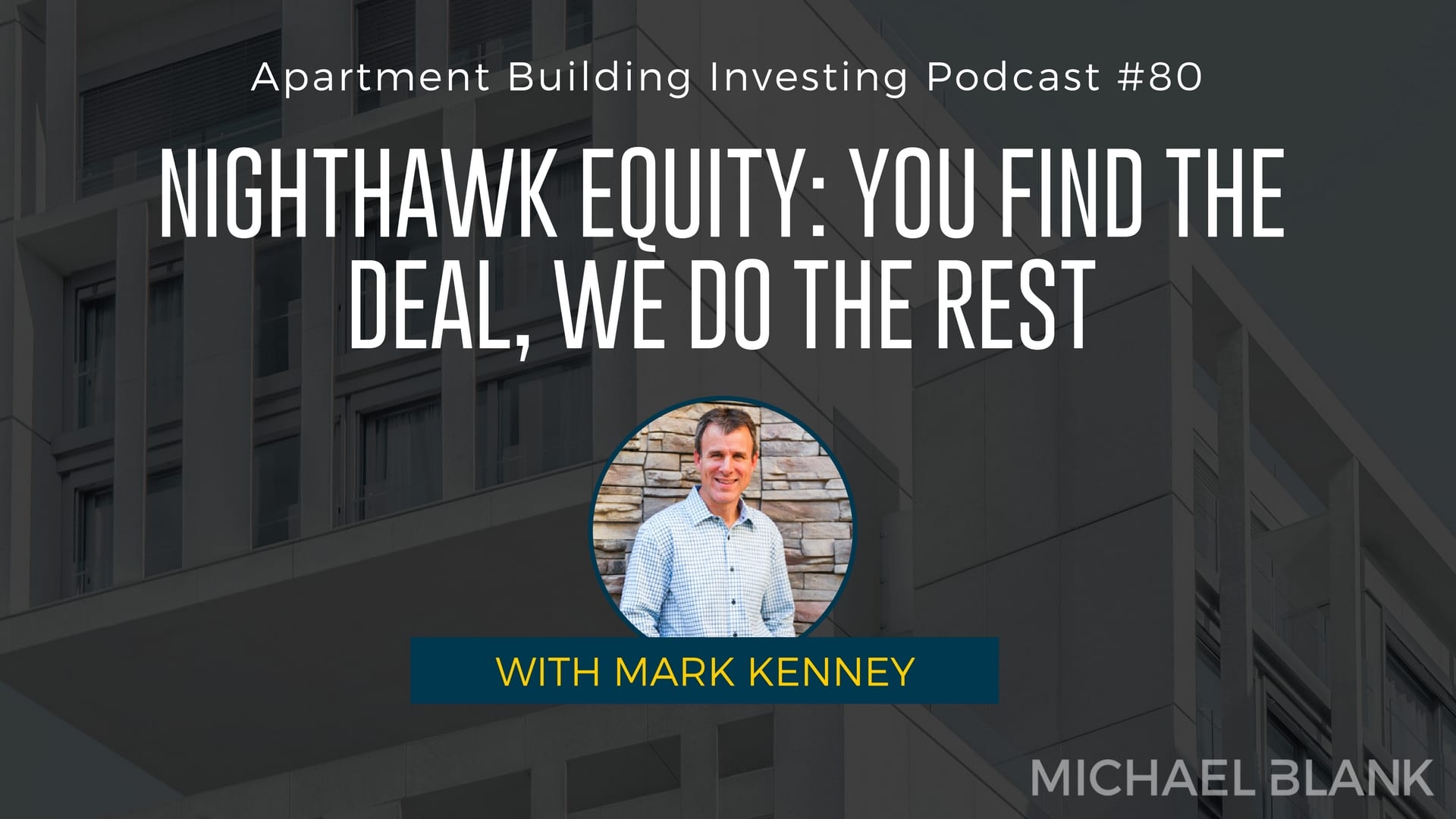 Your chances of doing even a 60-unit multifamily deal on your own—with no track record—are very slim. Even with the capital and the knowledge, if you are lacking in the reputation department, brokers will have no confidence in your ability to close. Enter Nighthawk Equity, my partnership with Mark Kenney. You bring the deals, and Nighthawk does the rest.

Mark has been investing in real estate since he graduated from Michigan State 23 years ago, partnering with his twin brother to buy and rehab a $36K duplex. He continued to pursue small deals and flips during his career as a CPA and consultant for KPMD. Eventually, he started his own IT company. The business thrived, but 80-hour weeks and extensive travel translated to suffering in his personal life. With his marriage in trouble, Mark made the decision to take a huge pay cut, hand off the big projects to someone else, and pursue real estate investing full-time.

With the support of his family, Mark spent nearly a year securing his first big multifamily deal, a 64-unit building in Dallas. Adhering to the ‘law of the first deal,’ his second and third deals followed right away. In four years, Mark has purchased 2,000 units and raised tens of millions in capital. Today, Mark shares the process of working with Nighthawk Equity to secure a deal, explaining how we came to join forces, the response to Nighthawk, and the right time to get Nighthawk involved in your deal. Listen in to understand the mission of Nighthawk Equity, and how the firm also supports passive investors looking for a solid ROI.

[2:36] How Mark got started with real estate

[9:44] The deals that followed in rapid succession after the first

[11:30] The importance of surrounding yourself with the right people

[14:51] The response to Nighthawk Equity

[17:47] The process of working with Mark and Michael

[18:52] The right time to get Nighthawk involved